A Noted Australian Automotive Author and Historian, BMW COUPES: legendary performance style leaders (Hard Bound)
This book is about three of BMW's large coupes, two of which are collectable classics and the third (the current 6 Series) will undoubtedly become one

BMW COUPES: legendary performance style leaders ( Leather Bound ) (Limited edition leather, numbered & signed by the author)
This book is about three of BMW's large coupes, two of which are collectable classics and the third (the current 6 Series) will undoubtedly become one 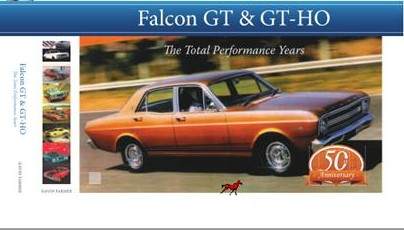 Great Ideas in Motion - History of Chrysler in Australia 1946-81

Subaru WRX Imprezive
gives a detailed account of the development of the WRX including rallying and technical innovation.

Born in 1945, Gavin has been married for over 40 years, has two adult sons, and two adorable grandchildren. He lives in the picturesque Adelaide Hills, South Australia, tinkers with a Jowett Javelin and a Subaru ffâ€“1 Special in the back shed, and is a supporter of the Adelaide Crows AFL team.

He worked for Chrysler before working in the retail section of the automobile industry through the 1970s which is when he began his extensive library and model car collection.

Manager for two companies, one in educational publishing and the other in the computing industry. Both careers were successful, particularly that in computing where he marketed computerised dispensing systems for pharmacies.

Gavin then returned to the automobile industry where he was the National Media Relations Manager for a large multiâ€“national company until 1995. Since then he has concentrated his energies on becoming a fullâ€“time freelance motoring journalist and author.

Gavin's first motoring article was written and published in 1981 in Automobil Chronik in Munich, Germany by Halwart Schrader, now a good friend. Since that humble beginning Gavin has had many, many articles published in magazines as diverse as Australian Classic Car, Automobile Quarterly, Collectible Automobile, Sports Car International, Bimmer and The Automobile to list a few.

His writing has taken him around the world, through American and Canada, a lot of time in Europe, and he lived in England from 2003 through to late 2006. His travels have not yet taken him to Japan, strangely enough, because as he says, 'Editors of classic car magazines do not regard Japanese cars as potential classics.' This is a view he is aiming to change.

While living and working in England Gavin wrote the book Porsche Boxster: The Complete History; most of the upcoming book The Holden Monaro: It's a Legend; as well as the book Legendary BMW Coupes.

It was in England where he met people influential in creating his self-publishing company â€” Ilinga Books. He worked at Brooklands Books and then me John Henry, a London architect who had written books and was looking for a better deal from publishers. Between them they agreed to establish their own publishing company and in 2005 Foilsimid Books was formed. Foilsimid is a Gaelic word that means "we publish."

He is a member of the Adelaide Hills Motor Restorers Club, an Associate Member of the Sporting Car Club, the Armstrong Siddeley Owners Club and the County Austins Club in England, as well as a member of the Jowett Car Club in both England and Australia. He is also an active member of the Lions Club International.

Gavin's favourite modern cars include the Subaru WRX and Liberty. He loves cars with horizontally opposed â€“soâ€“called "boxer" engines. So much so he is currently researching the subject with the view to writing a book about them. He also loves the NSU Ro80